only shipping in Switzerland !!! 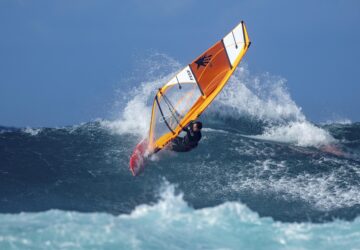 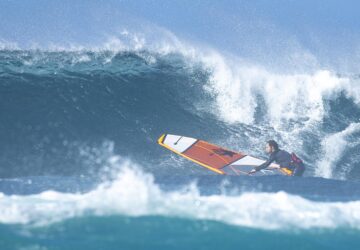 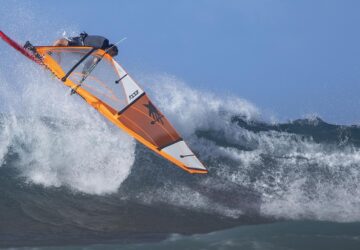 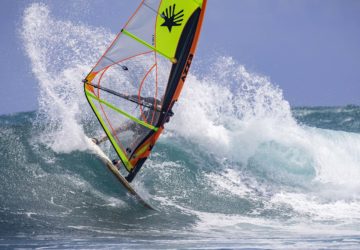 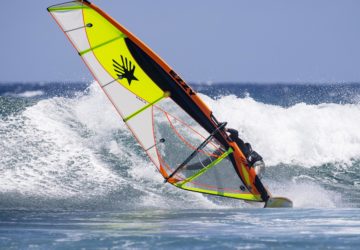 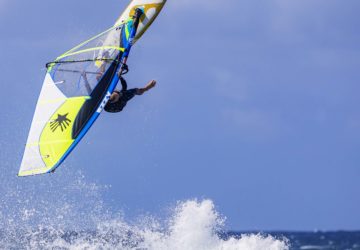 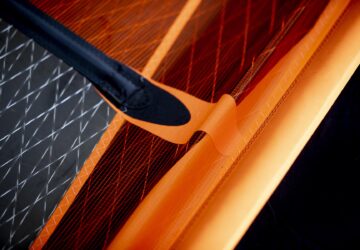 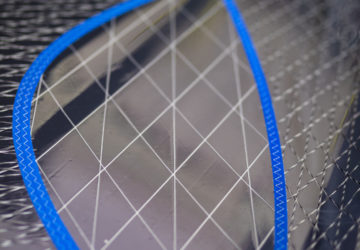 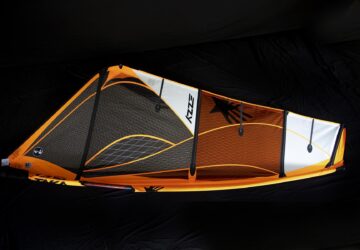 Every few years, the sail’s evolution makes a great leap forward. Lighter, more stable, and quicker to get going, the new Taka is a whole new species. The new new Taka is so much lighter that the new 4.7 weighs as little as the old 4.1.

We changed the vinyl window to a low-stretch, dyneema enforced film that better transfers gusts of wind into board speed while at the same time making the Taka more stable in high wind.

s 3 full battens and a 3/4 batten that allows the sail to luff, which means that it de-powers when sheeted out or rotated into the wind, making the sail go completely neutral in maneuvers. Surprisingly, the luffing also makes the Taka an ideal sail for learning how to foil.

Performance is not just about easy tricks, so the Taka accelerates early and has a massive low-end wind range. Many wave sessions require a sail that can adapt to dropping winds—we all know that the best wave sessions are the ones when the wind drops and everyone else has come in.

Wave sailing is our heritage, and the Taka is the expression of our passion, built for everyone that loves the feeling of bottom turning and flying above the lip’s spray.

We changed the vinyl window to a low-stretch, dyneema enforced film that better transfers gusts of wind into board speed while at the same time making the Taka more stable in high wind. We modified the construction to be both lighter and more maneuverable. The new TAKA is so much lighter that the new 4.7 weighs as much as the old Taka5 4.2.

HOW DOES THE TAKA DEPOWER SO EASILY?

The Taka has 3 and 3/4 battens. The 3/4 batten allows the sail to luff, which means that it can easily go from full to flat. This is important for many aspects of wave sailing. This allows the Taka to be extra powerful when you’re pumping into a wave or trying to get a jump while also able to go flat and hyper-manouverable when riding a wave or flying through the air. This is most noticeable in bottom turns that are more vertical, backloops that are easier to land, and freestyle rotations that effortlessly.

The Taka is built from state-of-the-art materials that use technology learned from the aerospace and military industries to keep weight as low as possible while still providing 100% performance.

The Taka is built to withstand the daily beatings that a hardcore wave sail must endure, like big waves, sharp rocks, and coral reefs.

When the conditions are good, you want to get on the water as fast as possible and have your sail rigged perfectly. Traditionally, this is a tradeoff. But with the Taka’s calibrated rigging, you can tune your downhaul in seconds. Each and every sail is rigged and calibrated in the Ezzy Sails factory. Simply, downhaul till the bottom of your mast lines up with the desired setting: Max, Mid, Min 1, or Min 2 (for extra light winds).